In a career spanning more than 40 years and crossing two continents, Lili Teng has distinguished herself in dancing, teaching and choreography. At age 9, she enrolled in the prestigious Anhui School of Art and then pursued a degree in Chinese Folk Dance at the Shanghai Dance Academy. Upon completion of her scholastic training, she became lead dancer in productions such as Thunder Top Pagoda (Lei Feng Ta), Flowing North Xian River (Xian Jiang Bei Qu), White Hair Lady (Bai Mao Nu) and Salute to the Li Man Mountain (Li Man Song). She turned to teaching and choreography in the 1970s, directing many national and provincial television dance shows, including the dance drama Hwai River Legend (Hwai He Fon Qing); the opening ceremony of the National Short Performance Competition; and the 1999 National Mid-Autumn Opera Show. Many of her Chinese works won national awards. After arriving in the United States in 1999, Teng Laoshi joined CAAM CDT as School Principal and Assistant Artistic Director. She became Head Artistic Director in 2005. In addition to choreographing and directing CAAM CDT’s annual Lunar New Year productions, Teng Laoshi continues to teach and instill excellence in all of her students. She choreographed and directed two students to a Gold Award at the 2017 Midwest Overseas TaoLi Cup Dance Competition and to the Judge’s Choice Award and Platinum Elite Award at the 2018 Chicago Regional Taoli World Dance Competition. 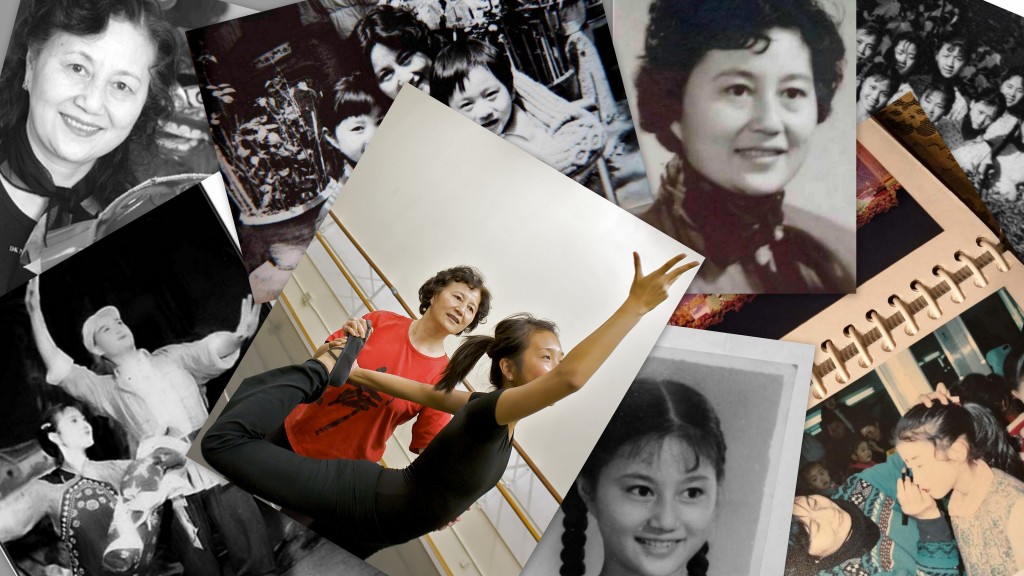 Teng Laoshi through the span of her career. Background photos courtesy of the He and Teng family. Center photo courtesy Bob Kasten.

Lili Teng had distinguished herself in dancing, teaching and choreography and won many national awards in China. She was trained in Chinese folk dance from Anhui Arts School and the Shanghai Dance Academy. Beginning as a lead dancer, she became a choreographer and instructor for national and provincial Chinese television dance shows. After arriving in the U.S. in 1999, she continued to teach at CAAM CDT and was its principal and artistic director from 2005 to 2020. Teng has choreographed many major CDT productions including “Ode to Flowers,” “The Sound of Drums,” “China, The Beautiful,” “Magnificence: A Splendid Voyage,” a Dance Drama in 2014 “Homecoming: A Chinese New Year’s Tale,” the 2015 “Dancing in Chinese Opera”, “One Earth, One Home” in 2016, and the Classic Dance Drama “The Keepsakes: A Chinese Love Story” in 2017, the 2018 world premiere Dance Drama “Our Dance, Our Dreams,” and the dance productions “Once Upon a Lake” in 2019 and “Journey to Dunhuang” in 2020. Lili has made tremendous efforts to strengthen CAAM CDT and trained groups of outstanding dancers.  Nearly ten dances choreographed and directed by her won the Gold Award of the Huaxing Cup World Dance Star Grand Prix and the Best Popularity Award of the Global Youth Online Show in North America. Her 2020 work “Flying Apsaras” won the “Platinum Award” and “Best Director Award” in the competition.